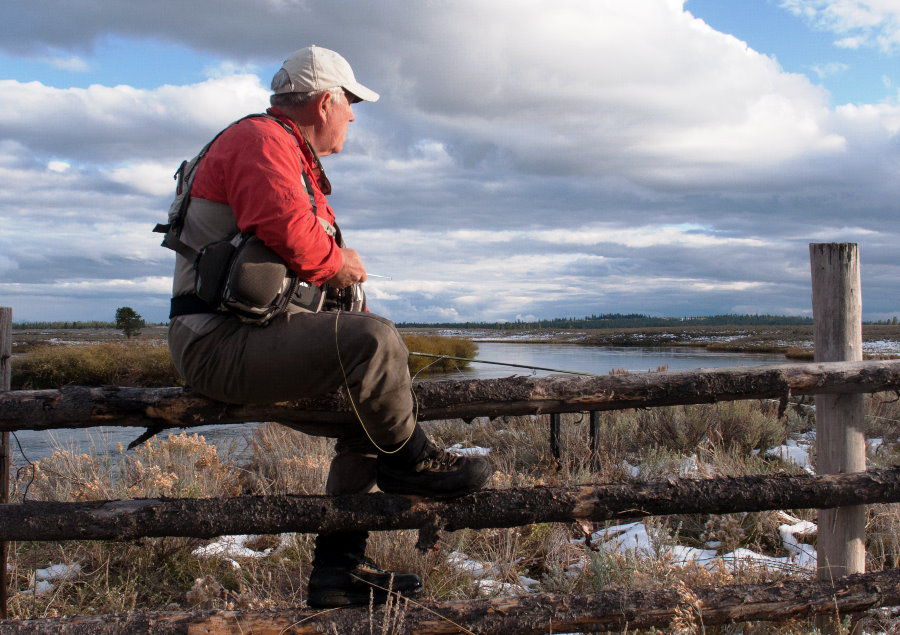 I’m a little out of sorts when it comes to flies.  I know I’m not alone with this obsession. I tie, I buy, I hoard, I covet and I’m even somewhat superstitious about some of them. I’m driven to the point of being paranoid of not having the right fly for the often challenging and changing situations I’m confronted with that casting flies to fish presents. You would think after four decades of fly-fishing I’d be over this, yet I find obsession is one of the many beautiful aspects of The Game of fly-fishing. The problem, however with my mindset is on occasion it steers me away from patterns that have and continue to earn a place in my disheveled fly boxes because they simply catch fish.  The other evening a few of those old standbys produced yet again and in doing so coincidentally conjured up an appreciation and reflection for the gentleman who created them.

Over the years that I’ve been filling fly boxes I’ve gone through a few patterns, yet there are those flies that continue to stand the test of time. Since I’ve spent a fair amount of time on the Henry’s Fork, it’s no wonder that some of those patterns were created by Mike Lawson; one of the rivers truly iconic and respected figures.

What prompted this rant began at the shop when we were filling in flies one morning. We were out of Lawson’s tan Emerging Caddis, because we had decided it had fallen out of favor compared with other flies our customers preferred. As we like to say it had lost its bin appeal, even though it was still a staple with many of us who worked the shop. Before finishing up that fly order we briefly talked about what a great fly the Emerging Caddis is along with other patterns Mike put his name on.

After work that evening I headed out after work to cool off on a local water with some buddies hopefully to enjoy an evening PMD spinner fall or a late night caddis hatch. If not we had plenty to eat and drink. Fortunately when we first arrived we found a fish or two up. Ironically the first two fish caught succumbed to Lawson’s tan Emerging Caddis; the same pattern we talked about earlier in the day when ordering flies.  I tried several other patterns over the first nice brown I found rising to no avail.  The first drift I got over the fish with Mike’s pattern it gently disappeared before line began to rapidly leave my reel after I gently lifted the rod and set the hook.  Jimmy, one of my fishing buddies, stuck his first brown on another of Mikes flies that night, a #18 Spent Partridge Caddis. 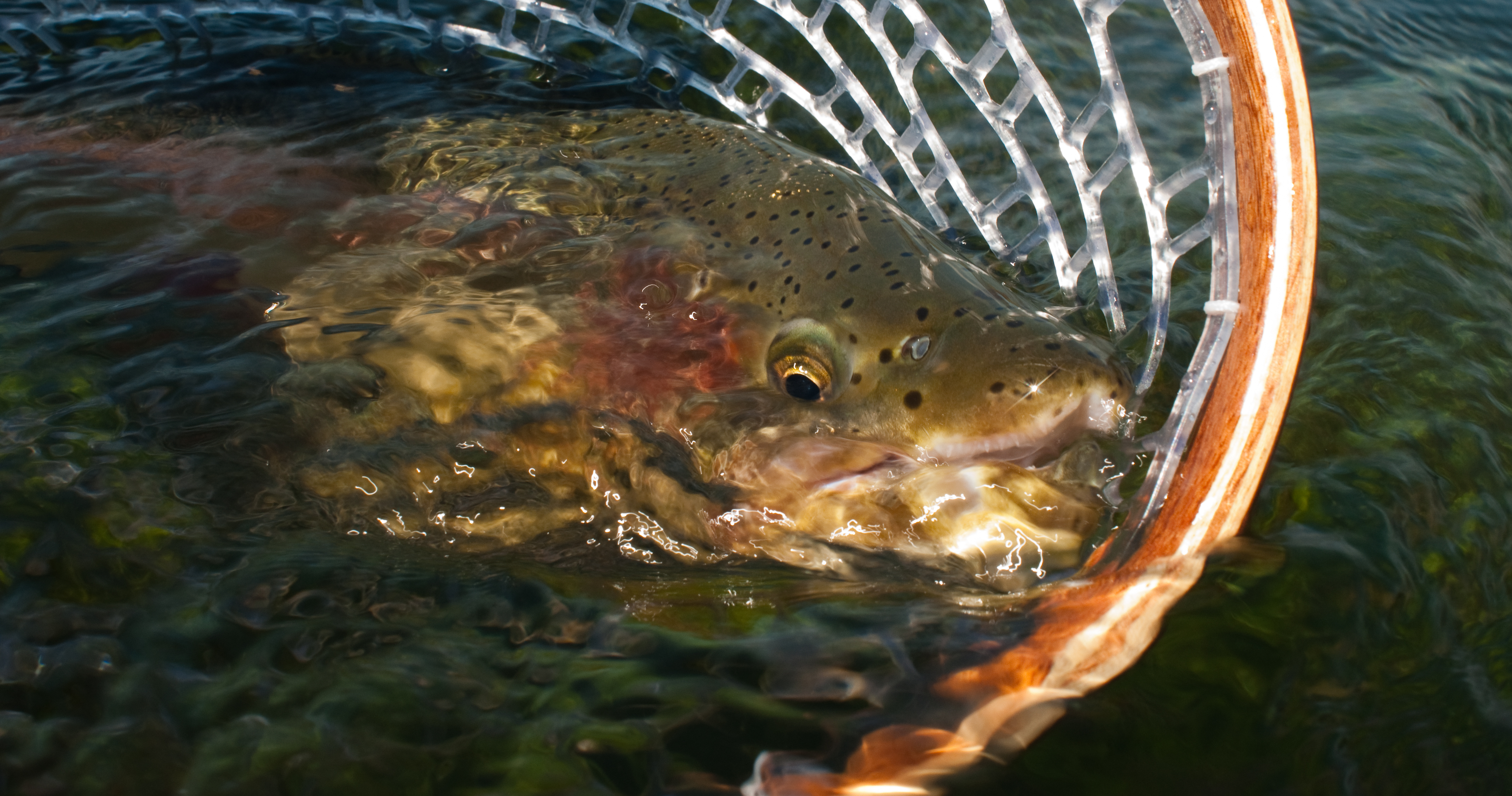 That same evening as we were suiting up Tom Stormann, another good friend of the shops, drove by us with the same idea in mind as we had.  He stopped in the shop the following morning.  I gave him some shit for not pausing long enough to say hello, he was obviously distracted by the evenings anticipated activity.   When we got down to his fishing he mentioned he stuck a couple of nice fish, yet they weren’t easy.  After trying several patterns unsuccessfully, he was able to get them both to eat Lawson’s Emerging Caddis. That prompted the discussion with Tom about how effective Mike’s flies continue to be after all these years and to recognize his effective time tested flies that have earned a place in our fly boxes among other notable contributions.

I’ve known Mike for over three decades; about as long as I’ve been fishing and tying his flies. He’s been an incredible influence to me over the years in my fishing, tying and efforts to protect our incredibly fragile natural resources.  Of all his creative patterns that I fish I’ve probably stuck more fish on the Spent Partridge Caddis than any pattern.  I fondly remember my son sticking his first nice Ranch fish on this pattern as well after many years.  He earned that one.

Since then Mike hasn’t sat idle and has added his name to a few new patterns as well, yet, some of his earliest patterns that evolved from a storied life on the Henry’s Fork still prove to be as effective as anything that’s out there today, and in many instances even more so, yet often get overlooked for something that’s bright shines and new tied by someone who doesn’t have near he experience that Mike has.

Mike Lawson’s legacy and impact on fly-fishing has been significant as a passionate conservationist, fly tier and educator.  I’m reminded of that every time I tie one of his flies on and watch it get eaten by a wily trout.  It a habit I do with some frequency. Unlike todays social media influencers, who do little to contribute to fishing with flies, Mike has been and counties to be a true influencer.  I for one am very grateful for that. Many others are as well.