The ocean before us glowed as the horizon  swallowed the setting sun.  After a short run out of Key West we idled over an amber colored mirror as a tarpon slowly rolled up ahead on the approaching flat.  Jeffrey asked if I could pole a boat as he killed the engine.  Not wanting to sound like a total neophyte I told him something like I could figure it out.  I would come to discover over the years that it wasn’t as easy as it looked.  Another solitary fish porpoised as we drifted silently onto the smooth flat; a distinct sucking sound filling the silent void.   All present took notice.  Jeffrey grabbed his push pole and gracefully took to the skiffs poling platform while explaining what was going to go down if this game played out according to plan.   In strained vigilance we waited in silence. 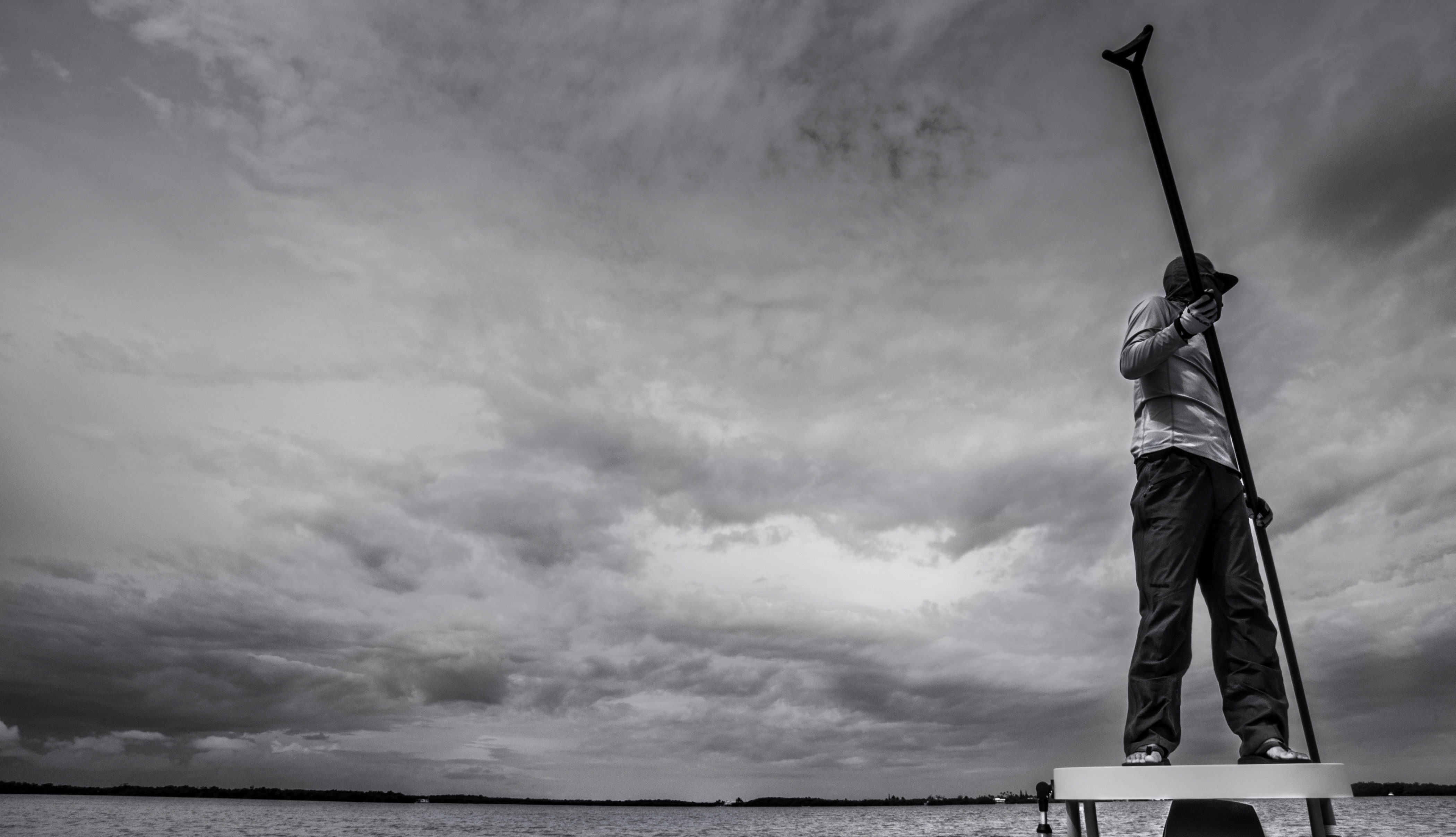 Several other boats had now joined us for the evening phenomena: guides and locals that work and live here to take advantage of such moments.   They too waited with knowing patience on the peripheries of this broad flat for the worm hatch to begin and the ensuing feeding frenzy that all hoped would materialize on this still June night.

To our left several tarpon rolled sliding effortlessly in our direction before vanishing their lingering footprint dissolving into the reflective waters.    Jeffrey instinctively nudged the skiff forward while instructing me to cast then to slide the fly slow and steady.  I had stopped breathing in anticipation.   At the end of that empty retrieve Jeffrey redirected my efforts in hopes it was a string of feeding fish we had seen and not just a happy pair sliding by.  Several strips in on the second cast the line came tight and I was fast to a fish the likes of which I’d never experienced.  After landing that first tarpon Jeffrey and I took turns as the flat abruptly came to life with tarpon gorging on the worms. Before it ended we each jumped a number of fish, landing several.  When it was over we idled off the flat under a star studded sky before putting the small skiff on plane to head back to Key West.

Over a decade now removed from that evening when I hooked my first tarpon I was trying to remember when Jeffrey Cardenas and I met.  Although I don’t remember that particular moment I do recall with great clarity that memorable evening when he took my young son and I out on waters that I have now become quite familiar with.   It was an experience and gesture I won’t ever forget.

Since that night I’ve been fortunate over the years to spend time on and off the water with Jeffrey and have come to truly appreciate and respect his many talents as a extraordinary guide, writer and photographer.  Yet, of those times when I was fortunate to be in his company it was when we were on the water together that I enjoyed the most.  It’s a place were both of us are most comfortable and in some regards truly at home. 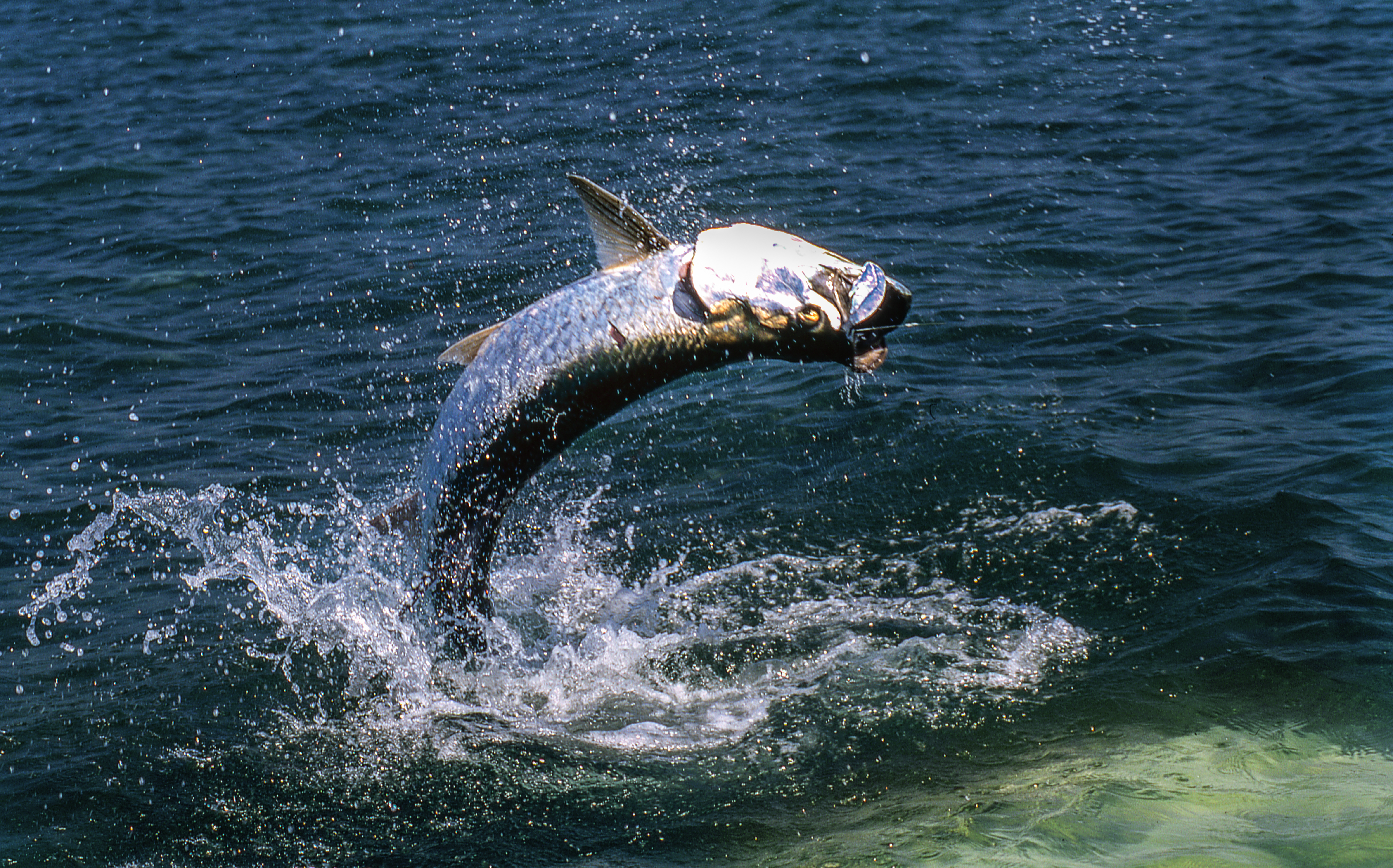 This year when I head to the Key’s for my annual tarpon trip Jeffrey won’t be in town.  Not that him being gone is unusual since his restless nature leaves him prone to wandering, but this current venture is a rather noteworthy undertaking.  At the end of 2017 he set sail from Key West on his custom built boat, the Flying Fish, designed with this very voyage in mind.    He’s headed to where his sails will lead him on a three year trek around the world.   For the most part solo.  It’s a dream of his that almost never came to fruition, yet fate intervened and his dream became a welcomed reality.

Several years prior to his December departure Jeffrey put up a Blog named,  Flying Fish, to document and share in this incredible journey.  He launched it in March 2015 appropriately with the first post being the Birth of a Boat.  The title and content of this initial piece bears significance since the construction of this vessel turned into a major fiasco with it’s completion and the subsequent voyage hanging in the balance for years.  When it finally was finished it he wasted little time in preparing for his adventure.

If you’re looking for a pleasant distraction from the chaotic nature of life these days or simply a good read I think you will find Jeffrey’s writings and accompanying photography entertaining, insightful and worthy of your time.  Knowing Jeffrey it will be quite a ride.  I’d be shocked it if wasn’t.